Plunging into the world of eBooks 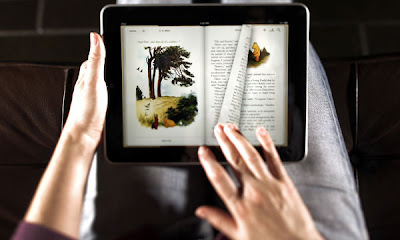 It may surprise you to note that although I claim to be technologically savvy (geek) and an early adopter (pretentious), I have only made the transition to eBooks today. I have often spoken about it and I have four apps on my iPad that are primarily used for eBooks (iBooks, Stanza, Kobo and Kindle). For correctness, they are primarily used as eReaders by others. I used them to either read comics/ magazines or to take up space on my screen. I have downloaded many free books from iTunes that I am sure many iPad users have on their shelf (Winnie the Pooh, The Tale of Peter Rabbit, The Art of war, The adventures of Sherlock Holmes) and I often page through these books when showing people how amazing an iPad is, but have not ever read any of them and neither to be honest do I ever intend reading them. The only books I have read is some of the free children's books and sometimes I even take the time to read these to my daughter.
I am very aware of why eBooks make sense. It is more convenient (entire library in one device), it takes less space when packing to go on holiday, it is more environmentally friendly, it is cheaper amongst others. However, the library cannot be shared (legally), the books cannot be sold on Kalahari marketplace when you are done reading it, and it does not have the same 'feel' of a book (regardless of the type of leather cover you attach to your device). These Pro's and cons will be expanded upon in an article I intend writing on this topic, but for now feel free to comment on your experiences. Especially if you have a Kindle. I know that the Kindle is much easier on the eyes (in that there is no backlight! The iPad would definitely win the swimsuit segment of that pageant), but do you find yourself doing the majority of your reading on the Kindle now? 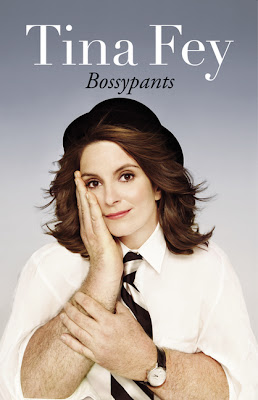 I bought two books form the iStore today. The first I know I am going to love is "Bossypants" by Tina Fey. I splashed out and spent the extra $1 to get the enhanced edition which would hopefully also include Tina Fey's opinion on eBooks. The second was Bill Bryson's, "Bryson's Dictionary for Writers and Editors". Having paged through this book numerous times at Exclusive Books already, I feel like it is a book I already own but the problem with a lot of the entries is that it gives the correct use of words and phrases which if used would be assumed incorrect since the incorrect usage is much more popular. An example from the book,
"Between you and I: is always wrong. Make it "between you and me". The object of a preposition should always be in the accusative. More simply, we don't say "between you and I" for the same reason we don't say "Give that book to I"
Another one I liked was
before, prior to. There is no difference to these two except length and a certain inescapable affectedness on the part of prior to. To paraphrase Theodore Bernstein, if you would use 'posterior to' instead of 'after', then by all means use 'prior to' instead of 'before' 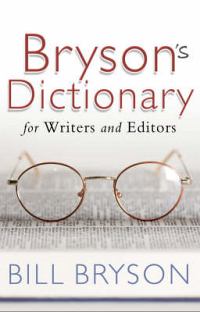 As can be clearly seen by the above two examples, I am still in the "B" section of the dictionary. I remember thinking during LRE (Library Resource Education) a teacher in primary school suggesting that we try and learn one new word from the dictionary every day to improve our vocabulary and language skills, that that idea is as idiotic as the need to have a subject in school to encourage people to read. I feel ancient know having admitted to being old enough to have had such a subject as LRE and the realisation that I know find enjoyment in reading a Dictionary. Admittedly, this is a lot funnier than the Concise Oxford version but an 'over the hill' feeling remains. To be fair I suspect your opinion of LRE as a subject would be very dependent on the educator in charge of the class.
For now, I believe the only eBooks I will purchase are those that offer something 'extra' to the normal experience  (i.e. the Tina Fey book has chapters read by the author) or those that are unavailable in South Africa or a lot more expensive. I doubt that the future of books is in danger because the majority of the world have no access to iPad's or Kindle's but publishers may want to take notice of the potential threat that this new medium poses.
Posted by Unknown at 4:48 PM