Will the real 007 please stand up?


I, along with every other, male of my generation, completely idolised James Bond. He represented all that was cool. Be it the cars (with the exception of that useless Z3 in Goldeneye), the gadgets, the beautiful ladies he encountered or that amazing wit. I would be convinced for weeks after watching the latest 007 adventure, that I would grow up and join the secret service. Thankfully, I was young enough not to have realised that the Apartheid security force may be sceptical about granting the double O status to a nerdy Indian boy from Chatsworth! In any case, it was not long before a mullet wearing, swiss army knife wielding scientist captured my imagination and with fantasy fuel on offer every Friday, I followed Macgyver down the path that led to a career in science. I was surprised by the lack of plastic explosives in the real world but I digress.
As I grew older, the words used to describe the original superspy included sexist, misogynist, chauvinist. These were the kind of labels that the modern, sensitive guy, which I was aspiring to be, avoided at all costs. It was shocking how much, the writers got away with in a post feminist era but Bond endured it all with the franchise growing from strength to strength. As I have pretty much borrowed all the audio books on offer at the library, I was ecstatic when I discovered the arrival of a new cache of titles two weeks ago. As I often take a chance on books that I had never heard of before (due to a lack of options, not personal taste), the chance to experience a hero I was familiar with was refreshing and better yet, due to the popular belief that George Lazenby was the worst Bond ever, 'On Her Majesty's Secret Service' remained the only Bond movie that I had never got around to watching. 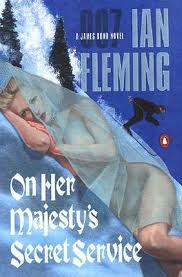 The book was a revelation. It revealed a 007 that was far removed from the celluloid persona we have come to know. A 007 that was different, yet familiar and most importantly, real. This was the book in which James Bond, fell in love and eventually married the countess Tracy Vincenzo and after her murder I thought to myself that this is obviously why he is the way he is towards women. I was mistaken. This was the tenth Bond novel (of the 12 written by Ian Fleming) and it became apparent that the literary spy bore only vague resemblences to the movie character and attempts to justify the actions of one with the experiences of the other would be futile.
It appeared that the movies were peppered with characters and devices from the novel i.e The Bond Girl from 'The Man with the Golden Gun', Mary Goodnight, is actually the name of his secretary in this book and the title for the movie “ The World is not Enough”, is in actual fact the translation of the words that appear on the Bond family crest, non sufficit orbis. Perhaps the thing that differentiates the most between the two Bonds, is in the novel you are inside his mind and are therefore privy to all his personal thoughts and emotions. He is not immune to the feeling of fear, love, confusion, frustration. When he leaps towards an assailant in an attempt to disarm him and save himself, you do not merely see the execution of yet another action sequence but you comprehend how the situation was assessed, the move executed, and the outcome was unknown until completed.
I think the Bond movies will always be a cult classic and I am certain that when e-TV has another Bond festival I will watch them all again. If for no other reason, without the movies, we would have never been introduced to 'Q', who was only fleetingly, if at all, mentioned in the novels. If tales of espionage and mystery is your cup of tea, I would definitely recommend that you acquaint yourself with the literary Commander James Bond. For Fleming, the World may not be Enough but there is definitely enough to merit that you explore this character as he was originally envisioned. 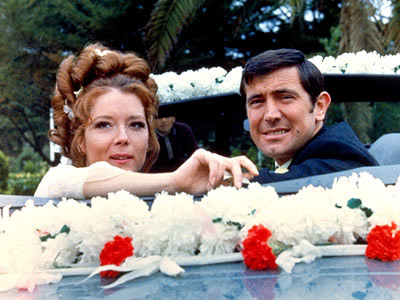