New Tales of my Old Honda Accord! 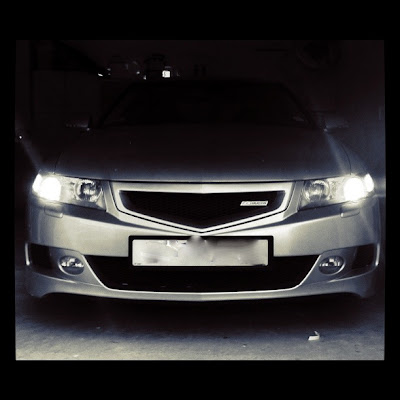 Ever since I bought my Honda Accord, I have been patiently waiting for the time (actually I was just waiting for the motorplan to expire) when I could start tweaking it here and there to make it a bit unique. What can I say boys will be boys, and I being nowhere close to any age where I could be described as a boy, am rapidly approaching, Mid Life Crisis age! To appreciate the changes, I have made, I could have shown you pictures of my car, pre-tweaking, but it appears I never thought to take a picture of my car, when it looked, eh... normal. I initially deluded myself into thinking that it was my model car building that sparked this interest, but it would be a long shot to try and justify engine mods using static plastic models (beautiful and amazing as they were to construct).

Writing, as opposed to merely showing you the results, would be time consuming and wasteful. Furthermore, I would prefer it if the people at MENSA don't read this post, since it may hamper my re-evaluation application. My scores came back missing a digit and my efforts to explain to the admin lady, that this is obviously a computer error have thus far been in vain. I neglected to mention my blog on my application, but there is no hiding from Google!

I am done tinkering with the look of the car, so rest assured, there will be no Bonnet scoop or massive rear wing added. I am happy with the way the car looks. If only I would be happy with the performance! P.S I actually do have a valid number plate but chose (out of paranoia) to edit it out.

> 63 mm exhaust system
> de-catted (which should best be described as replacing the purr with a roar :))
> cold air induction system
> K&N performance filter

Although, I agree as far as engine mods go, that is pretty lame a list, but check out the power gains thus far. 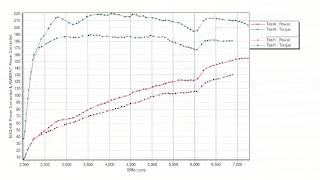 Although one may be forgiven for thinking that I achieved a performance gain of 24 kW ( as per results shown), in actual fact I only gained 19 kW. During Test 1 I did not rev the car as close to the limiter as I could.

How I wish my performance story ended there but alas in the pursuit of more performance gains, I installed an imported header, against the better advice of the installer, and ended up losing 5 kW. Easy come, easy go!


I have not got around to sorting out that problem but I have a trick up my sleeve :)

In any event, Phase 1 is complete and although there are no immediate plans to go forced induction, I am contemplating a V-tec controller because damn, once you start walking down this road, you realise that it just never ends. I'll continue to update this post on future performance gains (or losses). Would love to hear your opinions thus far and am open to all sorts of advice. Mid Life approaches! 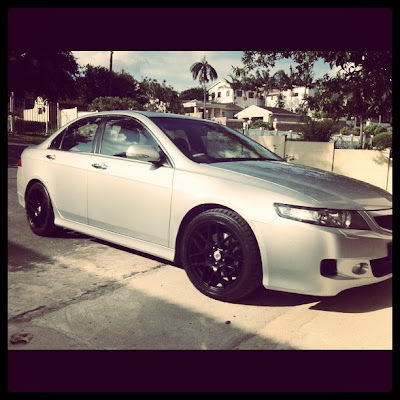