The Brothers Grimm made me do it!

A Florida woman, Alexandra Tobias, 22, admitted shaking her 3-month old baby to death after the little boy's crying distracted her form playing a wildly popular Facebook game. She confessed to police that she was playing Farmville and her baby Dylan wouldn't stop crying so she shook him, had a cigarette and then shook him again. She called paramedics when he stopped breathing and doctors later confirmed that he had died due to abusive head trauma.
It appears the media has this time decided to indirectly assign the blame for this on Farmville as opposed to a hard rock album she may have been listening to or a violent game wherein one is encouraged to perform acts of violence (admittedly I have never played Farmville and am therefore unsure of the violence content i.e are you allowed to rustle cattle from nearby farms or flog farm-hands who are not pulling their weight). It appears that whenever callous brutal crimes such as these are carried out, the media needs to blame something other than 'just plain psycho' for surely no human being could just do something like this without an external influence. By attaching the Farmville angle makes the story that much more viral because this kind of crime (shockingly) is more common than one would like to believe and the only reason we are hearing about it here in South Africa is because of the Farmville angle.
The story did get me thinking as to whether classic children stories were ever blamed for violent crimes that may have been perpetrated in history because the Brothers Grimm (an apt name) were responsible for the popularising of some shocking tales. Let us take for an example, the story of Hansel and Gretel which I had the unfortunate task of reading to my daughter a few weeks ago. I will quote an extract from the story below;
'We have not enough bread for the two of us,' he told his wife one night. 'What about the children?'
'Better off without them,' she said. 'Take them to the forest and leave them to get lost.'
'We can't do that,' said the woodcutter. 'They will be eaten by the wolves and bears.'
'Then you had best get our coffins ready now,' she said. 'We will all be done for soon enough.'
She nagged him and argued with him and in the end persuaded him, much against his will.
This was transcribed directly from a book called Classic Children's Stories and I am confident that there can be no copyright infringement because the Grimm's brothers themselves never wrote a fairy tale but merely saw a market, collated some folktales, and controversially some that were in print but authored by others, and published them as a collection of stories for children. The plots in these stories are morbid and distrurbing as shown clearly by the story of Hansel and Gretal above or the story of Snow White whose stepmother wanted her murdered because her skin was fairer. By far the worst has to be the original version of Sleeping Beauty which included rape, necrophilia, adultery, intended canabilism and murder. A group of fairies were also however integral to the plot!
I think it is about time that these fairy tales are benched and replaced by more wholesome ones as it is extremely difficult to read ahead whilst reading out loud and modify these stories on the fly all whilst trying to be entertaining to your little one. If not, then we should accept these potential movie adapted children's books in the near future. (I am trying to be satirical here and obviously do not which to see these movies made into children's books. It could make a funny adult satire though). These were done by Josh Cooley, an animation artist at Pixar. 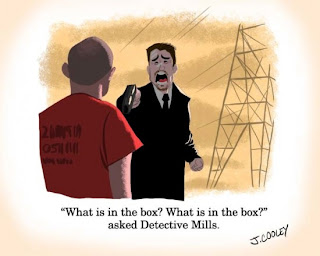 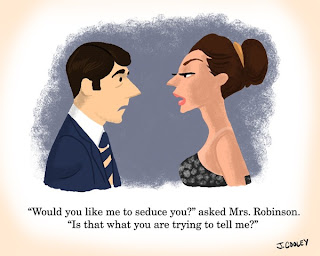 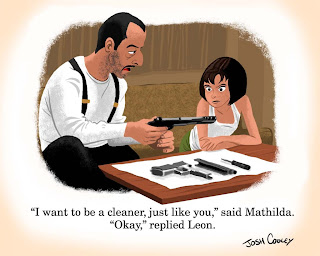