I am a big believer of "Kismet"(Destiny). The feeling that everything is happening for a reason. That sense in your gut that recent events are somehow not a coincidence but happening for a reason. I also find 'Kismet' a convenient scapegoat when indulging my habit of buying stuff. It just seem less superficial when there is a grander plan unknown to all that has guided my hand into my wallet to pull out my credit card yet again. But, even I have to admit that the circumstances/ coincidences that surrounded my latest purchase is quite uncanny.
Last week I found the time to watch the majority of the European Grand Prix and this, in itself, was extremely rare. Unfortunately the race was not that exciting and I got to watch the dominant Sebastian Vettel ease to yet another victory. He has now won six races out of eight and come second in the other two. Naturally this dominated tea time discussion amongst the guys the next day. Will he beat Schumi's records? Will Formula 1 sink back to the boring days of the Schumi/ Ferrari dominance? What is the most dominant car in F1 history? Stop! That was my cue!
I have a well researched, flawlessly prepared argument for this particular question, and like a spider coming to feast on those that had become trapped in my web, I launched into my presentation, honed after many hours presenting in front of a mirror. The answer is simple. The Mclaren Honda MP4/4 that dominated the 1988 F1 season in a way that no car since has been able to emulate. has to be the most dominant car ever in F1 history. Admittedly one could argue that the the Ferrari 2004 (winning 15 of 18 races) is also a contender for this title as is the Williams that Nigel Mansell guided to victory in the 1992 season. Let's debate this in the comments section! However, for me it was the MP4/4.I urge any F1 fan to read the story of this remarkable car for I will lose half my readers if I dwell on it here. Check this link for starters. 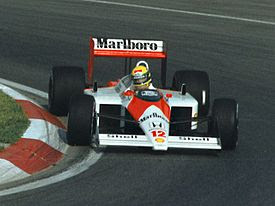 In the 1988 season this car had won 15 of the 16 races which included 10 1-2 finishes. and 15 pole positions. Far form being boring as one would expect from this level of dominance, these were still exciting times with Senna and Prost having the most exciting rivalry that I could ever recall in F1. In that season, Senna won the title by winning 8 races compared to Prost's 7 victories. If you are too young and have never heard of the Senna- Prost rivalry then I urge you to google it and read up on the most intense rivalry in F1 which tragically ended with Prost being a pallbearer at the funeral of Ayrton Senna after he tragically died at the 1994 San Marino Grand Prix. Ayrton Senna  was the last driver to die at the wheel of a F1 car. This was ironically also the year that Michael Schumacher won his first F1 World Championship. 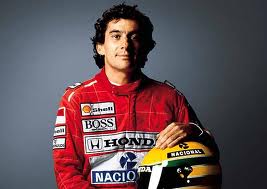 Ayrton Senna (1960 - 1994)
Then on Thursday, the FIA announced that Formula One would switch from 2.4l V8's to 1.6l Turbocharged V6's. Due to my obvious bias, I was thrilled by this decision and more importantly it gave me a chance to within the same week, deliver my presentation on another group of unsuspecting people. You maybe wondering what the hell could this possibly have to do with Kismet ! Well...it's like this. I walked into a hobby shop today looking for my next project. I am searching for a race version NSX but this shop had a very small range. They basically had different variations of  the Porsche 911 turbo, Nissan GT-R and Ferrari 360 Modena. It  was then, by chance ,that I noticed a smaller box stacked with all the airplanes... and, you guessed it... 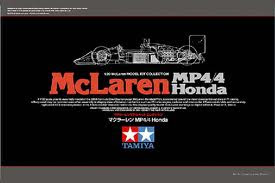 I had intended including this in my initial post but had hoped that it would have have formed part of the lineup at the Durban International Festival (DIFF 2011) and would have discussed it there but it was unfortunately not included. I really hope however that this documentary on the life of Ayrton Senna makes it to SA. Watch the trailer below and you will understand why. Winner of the prestigious audience award at the Sundance Film Festival this year.