Google backs Renewables. Why don't we?

"If you had the choice to pay less for clean power than you currently pay for dirty power. Wouldn't you do it?"...

Unless you own major shares in a coal fired power station, you would probably answer, "Hell, yes!". If not, I fear you may have stumbled upon the wrong blog. If not for the obvious chance to combat climate change, the question is essentially asking would you be interested in paying less for the power you consume today! This is what Google are now offering to US citizens. Google has just invested $280 million to create a fund that will be used to finance solar installations. In partnership with SolarCity, a company that helps homeowners make the transition to solar energy by leasing the cost of the installation and maintenance of the solar system. What is more, is that SolarCity guarantees the maintenance, warranty and power output of the panels. This effectively removes two of the major issues for homeowners when deciding to make the transition to renewable energy, High initial start up cost and whether it will deliver as promised.  The concept and investment is best described in the video below.

I know that I am an Apple fanboy and all things Google should be considered  'Anti-Jobs', but I would expect nothing less from a company that has continued to push the boundary of innovtion especially in the environment of cloud computing . This investment brings the total investment made by Google in the renewable energy sector to $ 680 million. Google.org is the charitable sector of Google and they are in essence ensuring the success of their company by investing heavily to combat climate change thereby ensuring that they still have customers in the years to come. Whereas most corporations talk green, Google has already invested a further $168 million in a Mojave Desert solar energy plant and have recently purchased 20 years of wind power to power one of its data centres in Oklahoma. Their most innovative plan for the future has to be the patent they recently applied for, for floating data centres powered by wave power! This is what can be achieved when you foster a culture of innovation in your organisation. A book that talks about this culture in detail is 'The Google Story' by David A Vise and I would unwaveringly recommend it to both geeks and non geeks alike. 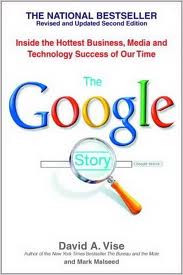 Lets put these figures in perspective, shall we. The cost for the Medupi Power station in South Africa is estimated to be in the region of R 125 Billion and Kusile will cost Eskom (i.e. the taxpayer) a further R 140 Billion. Assuming a very conservative exchange rate of R10/ $ that gives the total investment we as a country are making in the next 8 years for dirty power as $ 26,5 Billion. Of course this excludes and carbon tax that may be levied by the government in the future because although that will not increase the cost of the power stations, it will definitely increase the cost that you and I pay for power. Remember also that this does not include all associated projects that would be required i.e. strengthening of transmission infrastructure.
For as long as Eskom is left in control of our country's Demand Side Management Program, I cannot see us progressing in the right direction. The country insists that Eskom needs to be efficient and function as a business, making profits to fund future capital expansion and yet we ask them to convince people to use electrical power ( their only product) sparingly and less wastefully. Is the conflict apparent to you? I believe the time has come for us to start thinking out of the box. No. I am not asking for something that extreme. I am just saying isn't it time we at least start pursuing some of the proven technologies and funding models out there. Instead of continuing to chase short term solutions that would result in long term problems.
Posted by Unknown at 3:19 PM