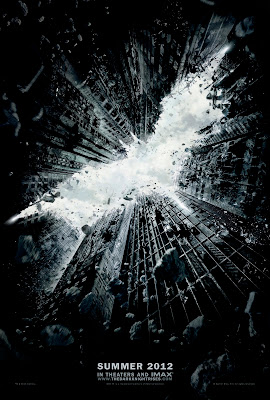 The web has been buzzing this week with the launch of the teaser trailer for next years blockbuster "The Dark Knight Rises". The final chapter in Christopher Nolan's trilogy promises to be as epic as the initial two installments and what I loved most about the trailer was that it gave nothing substantial about the movie away. The trailer has just broken an all time iTunes download record, 12,5 million views to the iTunes Movie Trailers site in just 24 hours! This is notwithstanding the fact that the trailer, initially an iTunes exclusive is now available on youtube and other sharing sites. Refreshing (actually more reassuring), to see that I am not alone in my excitement. Ironically, the previous record was held by Marvel's The Avengers trailer (10.5 million views in a 24 hour period), my second most anticipated movie for 2012. Peter Jackson's "The Hobbit" would have to settle for third spot in this list.


Regarding myself as just a regular Batman fan, would be like referring to Bill Gates as somebody who has a little money stashed away for a rainy day or describing Scarlett Johansson's appeal as "just average". If my fanaticism was not already apparent from my blog design or blog name, I recently changed my name on a friend's phone to Bruce Wayne without telling her. I wish I could have actually seen her reaction, the first time she saw 'Bruce Wayne' calling but she was awesome enough to leave it unchanged.

Based on the trailer and the poster below, I think I have a feeling of what may happen in the movie. Those of you who have read Frank Miller's (famous for 300 and "Sin City", not so famous for the recent "Holy Terror" series which pits a new super hero against Al Qaeda), "Batman: The Dark Knight Returns" must know what I am talking about. But does Christopher Nolan have the courage required to kill Batman? 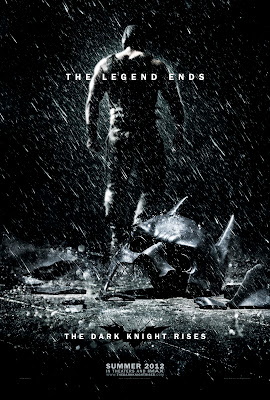 The wait is going to be nerve racking! For those of you who want a sneek peak of the world that Christopher Nolan has created, I am told that there is a 6 minute preview of the movie after Mission Impossible 4: Ghost protocol if viewed on IMAX. With Tom Cruise pushing 50 and the next mission possible being titled "Pension Protocol", their was little chance of me making the effort to watch this movie, especially not in IMAX, but news of this 6 minute preview has tipped the scales on that decision.