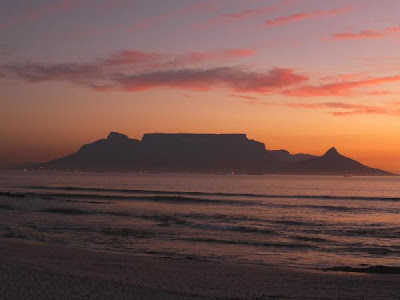 I must be honest. When I first heard about the online voting campaign to vote for the “New 7 Wonders of Nature”, I though, “What a load of bullshit!” (Yes, I always think in inverted Comma’s). After numerous “Idols” disappointments and coping with the knowledge that the candidate I believed to be the best representative for our ward, losing the recent municipal elections, let’s just say, my faith in any voting process could do with a coat of Micatex. Because, all it boils down to, in the end, is a popularity contest. People will vote along national, ethnic and egotistical (I went there, so it deserves to be on the list) lines. If you are hoping for the sweeping phrase that tells you how I now refute all that I wrote before, don’t hold your breath! I still think that capitalism and ‘popularity contests’ are beneath the surface of this campaign, but that does not mean that I believe it has nothing to offer.

Before  going further, let me briefly explain the process. The campaign to determine the new 7 wonders of nature started way back in December 2007 and is set to culminate in 32 days, 11 hours and 49 minutes. Effectively on the 11th November 2011 i.e. 11/11/11. To vote, simply go to the webpage and select your 7 choices for the new 7 wonders. I must admit forcing one to make 7 choices is rather clever, because after choosing Table Mountain and Mount Kilimanjaro (National), and Jeita Grotto (ego), I selected the remaining 4 based on what I truly believed to be deserving of the title.


You presently have a choice of 28 candidates which includes among them obvious choices like the Amazon, the Grand Canyon and the Galapogos Islands. Other choices that are bound to be strong contenders are the Yushan mountain range in China (due to the sheer volume of people who are eligible to vote form China) and the Masurian Lake District in Poland due to backing today form Pope Benedict XVI. For a full list, I recommend going to the website or squinting (zooming for the technologically gifted) at the image below.

I still believe that the competition is not fair as I can predict now that Mount Kilimanjaro will not make the cut for obvious reasons but would recommend that you go through the process anyways. I plan to go through the list with my daughter and hopefully teach her something about our wonderful world (or at the very least how cool it is to play on Daddy’s MacBook). I hope SA schools are running programs as well to bring awareness to this campaign and ensuring that we give Table Mountain a better chance of success. Since this  is not as career limiting as disclosing your support for the socialist movement in our country (insert Homer Simpson, “Doh”), my vote was for the following:

Table Mountain
Mount Kilimanjaro
The Grand Canyon (cos it’s Grand)
The Great Barrier Reef (see above, swop Grand with Great)
The Amazon ( afraid of what the pirhana’s would do if they read my blog)
Jeitta Grotto (been there, and it is nothing like the Cango Caves)
Galapogos

For the personal aspect of this blog. I was a bit embarrassed when I read the list and realised that I had been to two of the sites listed (Jeitta Grotto and the Dead Sea) but not to the one in my own country. I have been to Cape Town numerous times and even to the top, when I was a child, but had never experienced Table Mountain as an adult. I therefore, recently hiked up Table Mountain (up the easier Plateklip Gorge) and realised, between swearing  about my aching legs and gulping down water, why Table Mountain is actually a worthy contender for this title. The geology surrounding it’s shape, the breathtaking views all around and it’s accessibility to all the Cape Town locals makes me realise why people form Cape Town always talk about “Missing the Mountain”


One of the first rules of hiking, is to never do it alone, so I sought the assistance of a guide, much in the same manner as Edmund Hillary did. Margaret Curran is a registered Table  Mountain guide and although her list of accomplishments and her experience is amazing, the most amazing thing about her, is her knowledge, passion and love for the mountain.  I would recommend her as a guide to anybody interested in really wanting to experience Table Mountain and can assure you that if I can make it up, it cannot be THAT difficult. I have decided to edit or exclude most pictures of myself walking up the mountain as  I learnt that no matter how hard you try to appear photogenic whilst hiking up a mountain, the breathtaking views would always make the better pictures to share :). Margaret can be contacted via her website or directly on (021) 715-6136. Instead of dribbling on, I will end the blog here and let the pictures from my hike up tell the rest of the story.

Update 11/11/11. It was announced today that Table Mountain is provisionally one of the new 7 wonders of the Natural World. Results are still to be independently verified. The only other one that made it to the list that I voted for was the Amazon. Amazing news for Cape Town and SA Tourism.