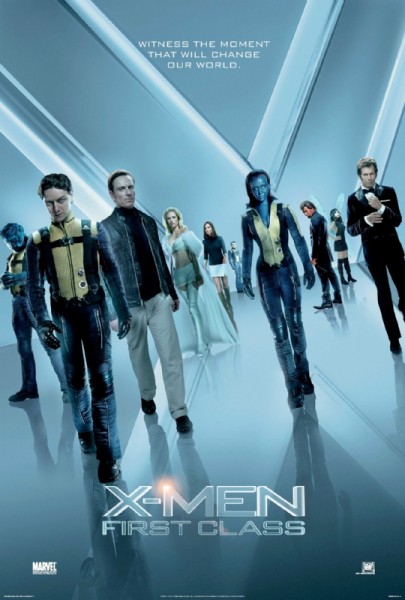 I am a self confessed geek so expect me to comment regularly on all things geek-related. This being a huge year for super hero movies means there will be an abundance of topics for which to share this particular passion. I wanted to write this post to express my uneasiness with the new X-men movie (X-men: First Class). I am a huge fan of the X-men. Admittedly not as fanatical as the guy pictured below, but a huge fan nonetheless. I have my original comic book collection, graphic novels, all the dvd's (including the first Bryan Singer X-men movie, which was really just a very long trailer for the two installments that were to follow and some action figures from my childhood (ok, I bought them as an adult) 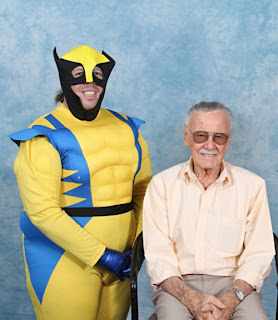 Here is a picture of legendary comic book writer Stan Lee at the exact
moment he regretted ever picking up a pen in the first place.
What were Marvel thinking? This movie is in essence an "Origins" story. It is however, not the ORIGIN of the X-men. The initial team consisted of Cyclops, Marvel Girl (Jean Grey), Iceman, Beast and Archangel. In 2007 there was actually a series of comics titled X-men: First Class that focussed on their origins. The only similarities that exist between this new movie and that story is the title and Beast! I was not being fanatical ( so I keep telling myself). Did the best selling American comic not deserve to have their origins told as it has always been known?

For those of you who have not yet seen the trailer for the upcoming movie, I have attached the latest international trailer below.


After watching that trailer, I am certain many of you are thinking "What the F**k?" The trailer to the movie looks amazing and it is definitely something I will watch and enjoy. And, ....I agree! All my criticism earlier was based on some serious artistic liberties being taken by the creators. But there was one key thing I was missing which I only discovered tonight. This movie is meant to tie in to the X-men movie franchise (i.e. the Three X-men movies and Wolverine: Origins). It is for that reason that the only characters that could be used in this movie were Beast and Mystique (because they are the only ones whose age could not be determined). You could not introduce Iceman in Origins because they chose to make him a teenager in the initial trilogy (which is a shame because the real Iceman is one of my favourite X-men and is very witty and fun in the comics whereas in the movies, he was a pansy). You may recall that Cyclops was only rescued as a young boy by Prof X in the closing scene of Wolverine: Origins (which was set in the 70's).

OK. I am excited now. This whole thing makes sense to me and I think the movie will be amazing. Bryan Singer (Director of the first two X-men movies) is the writer and producer of this flick and he understands how it is all meant to tie up. The driving force behind my conversion is:
Suddenly June 1st seems like a lifetime away!
Posted by Unknown at 3:18 PM