I love magazines at this time of year. I fall for all the famous catch-phrases. “ The 50 best Inventions of 2010 – Time Magazine”, “ Jumpstart your life in 2011” - Men's Health, “Hottest albums of the year “– GQ ; I actually bought the GQ because of the feature interview with Ryan Reynolds but you get my point. It is the one time of the year when I read a lot more magazines than books. To be a honest between all the family get-togethers, chores (cos your domestic worker is generally on annual leave), and everything else, Dec – Jan is probably the time of year when I read the least books, but I digress.
My pick for “Invention of the year – 2010” has to be “The Straddling Bus”. Unfortunately, Time Magazine only found it to be the 18th best invention but I do not believe that they rated their inventions fairly but rather grouped them together so the feature would read better i.e Inventions 17 - 21 were all transport related and appeared on a double page with an image of the future incorporating all these inventions across the 2 pages. 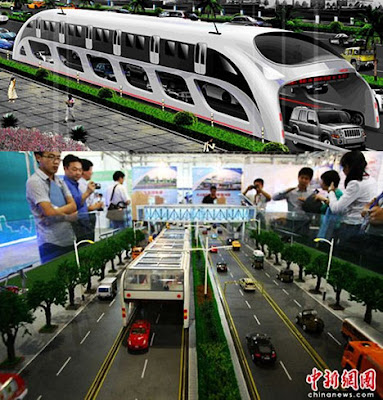 The brainchild of Shenzen Huashi Future Parking Equipment, this bus will be raised 2 metres above the roadway allowing cars to pass underneath and will span 2 lanes. It is considerably quicker and cheaper than developing a subway system and has none of the disadvantages associated with a BRT e.g. A dedicated lane. If you still require convincing, check out this presentation that has been translated to English and explains the entire concept.

There were lots of jaw dropping options to chose from with this years inventions (The geek in me wanted to pick the XOS – 2, an iron man like suit developed by Raytheon Sarcos) and lots of annual favourites that must make the list every year e.g. Flying car, personal jetpacks and some or other new cell. I decided on the straddling bus because I believe it to be a viable option for cities like Durban that would never invest in a subway and where the BRT system has not borne the anticipated fruits expected of it. The improvements/ investments made in public transport infrastructure before the World Cup remains and there is now more people utilising public transport. If we have any realistic dream of hosting the Olympic Games (which I believe we do), then these are some of the ideas we need to start seriously considering. Even if it just ran from Umhlanga to the Durban CBD (i.e along the M4) and from Pavilion to the Durban CBD. I know that many of you reading this must be thinking what a naïve idealistic fool, and I confess to being one but if we don't at least dream of a better tomorrow, we have zero chance of achieving it. To prove this, I have attached a picture below taken from Popular Science Monthly - August 1925. It may have not all been realised but some of the ideas from that vision in 1925 are already commonplace in most first world cities! 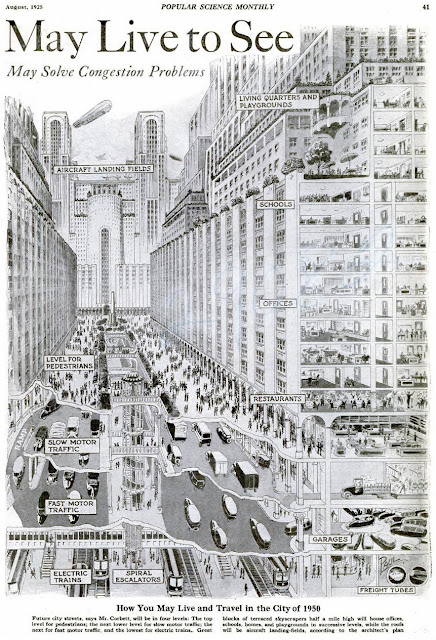